Switzerland, officially the Swiss Confederation, is a country in Europe. It consists of 26 cantons, and the city of Bern is the seat of the federal authorities.The sovereign state is a federal republic situated in western, central and southern Europe, and is bordered by Italy to the south, France to the west, Germany to the north, and Austria and Liechtenstein to the east. Switzerland is a landlocked country geographically divided between the Alps, the Swiss Plateau and the Jura, spanning a total area of 41,285 km2 (15,940 sq mi) (land area 39,997 km2 (15,443 sq mi)). While the Alps occupy the greater part of the territory, the Swiss population of approximately eight-and-a-half million people is concentrated mostly on the plateau, where the largest cities are to be found: among them are the two global cities and economic centres Zürich and Geneva.

Switzerland has some of the most reputable universities in the world, and their top two institutions (EPFL and ETH Zurich) are constantly ranked within the top 30 of The Times Higher Education (THE) World University Rankings. For the 2016-17 rankings, Switzerland had a whopping seven universities in the THE top 150, a very impressive return for a country which has a population of 8.3 million, which is less than that of London. Students are consistently happy with the high-quality facilities throughout the country’s institutions, and are usually pleased with the level of teaching on their courses.

OUR PARTNERS IN SWITZERLAND 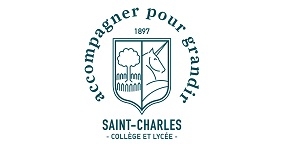